Voles are small rodents that are closely related to mice. They are found throughout the Northern Hemisphere and can be found in a variety of habitats, including grasslands, forests, and wetlands. Voles typically have brown or black fur, and they range in size from 4 to 10 inches long.

Voles are active both day and night, and they typically live in burrows that they dig themselves. These burrows can be found in gardens, lawns, and other areas of open ground. Voles are also known to build nests in trees and shrubs.

Voles are herbivores, and their diet consists mostly of plants. They eat the roots, stems, and leaves of a variety of plants. Voles will also eat insects, snails, and other small animals.

Voles are known to damage crops, and they are considered to be a pest in many areas. Voles are also known to eat the bark of trees, which can damage and kill the tree.

Voles typically mate in the spring, and they can have up to six litters of young per year. The young voles are born blind and hairless, and they reach maturity in just two to three months.

Voles are relatively long-lived for rodents, and they can live up to four years in the wild. In captivity, however, they typically only live for one to two years.

What do voles eat?

Voles are small mammals that are related to mice and rats. They live in a variety of habitats, including forests, grasslands, and meadows. Voles typically eat a variety of plant material, including roots, stems, leaves, and seeds. Some voles also eat insects, small vertebrates, and carrion.

Voles are small animals, usually around 6-8 inches long, with short fur that is brown or gray in color. They have small eyes and ears, and their tail is usually about as long as their body. Voles are good swimmers and climbers, and they are known for their burrowing habits.

Voles typically eat a variety of plant material, including roots, stems, leaves, and seeds. Some voles also eat insects, small vertebrates, and carrion. Voles have been known to eat over 200 different types of plants! In general, voles prefer to eat soft, succulent plants that are easy to chew.

Voles will often eat the entire plant, including the roots. This can be a problem for gardeners, as voles can quickly destroy a crop. Voles will also eat the bark of trees, which can damage the tree. In winter, when other food sources are scarce, voles will eat the buds of plants, which can prevent the plant from blooming.

To deter voles from eating your plants, you can try a few different things. You can create a barrier around the plants with wire mesh or hardware cloth. You can also try using poison baits, but these should be used with caution, as they can be dangerous to other animals and humans. Finally, you can try using traps, but be sure to check them regularly, as caught voles will quickly die.

Where do voles live?

Voles are small, burrowing rodents that are closely related to mice. They are found in North America, Europe, and Asia. In North America, they are also known as meadow mice or field mice. Voles typically have brown or gray fur and a short, blunt nose. They have small eyes and ears, and their tails are relatively short. They range in size from about 4 inches (10 cm) to 8 inches (20 cm), including their tails. Voles live in a variety of habitats, including meadows, fields, forests, and mountainous areas. They build extensive burrow systems underground, which they use for shelter and to store food. Voles are herbivores, and their diet consists mainly of plants and grasses. They are known to eat the roots of plants, which can damage crops. Voles are active during the day and night. They are solitary creatures, but they will form temporary partnerships during the breeding season. Mating season for voles occurs in the spring, and litters of 4-6 young are born about 21 days later. The young voles are born blind and hairless, and they grow rapidly. They are independent at about 4 weeks of age. Voles have a lifespan of 1-2 years in the wild. In captivity, they can live up to 4 years. 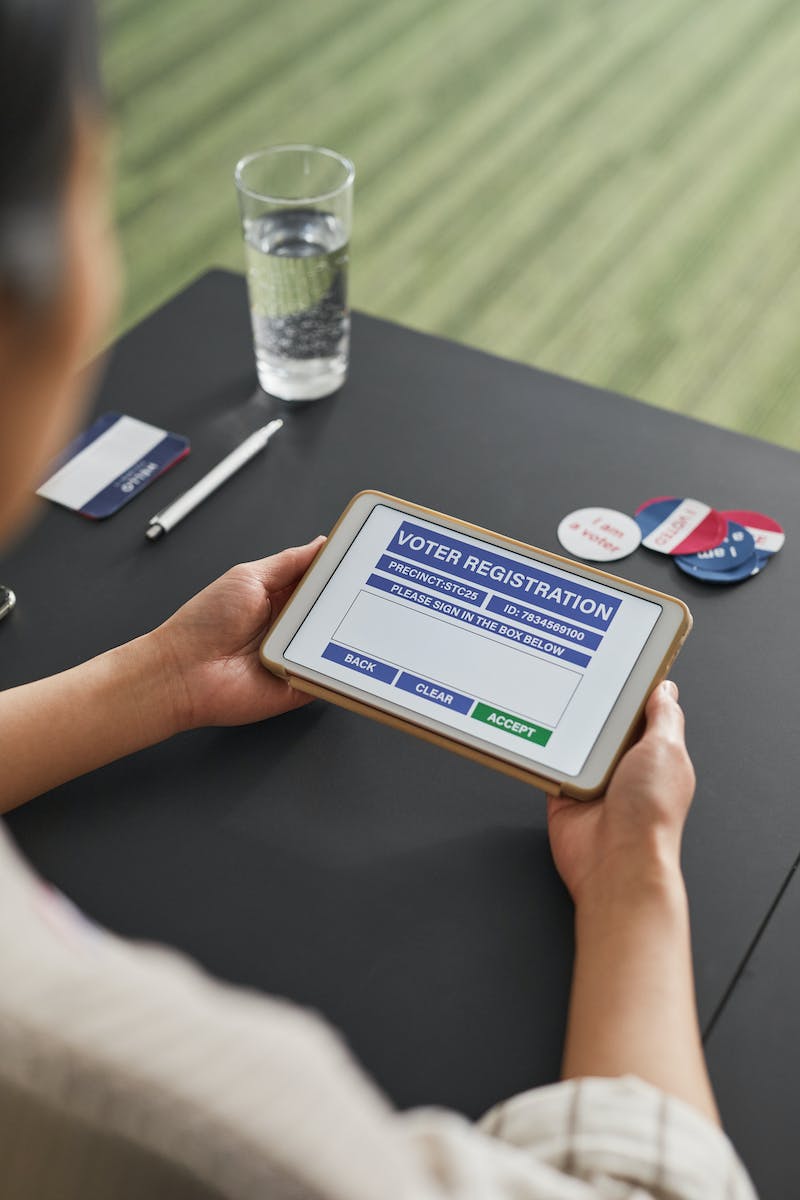 What is the average lifespan of a vole?

Voles are small, mouse-like creatures that are found in fields, meadows, and forests throughout the Northern Hemisphere. These rodents are known for their burrowing habits, and their diet consists mostly of plants. Although they are not often seen by humans, voles can have a significant impact on the ecosystems in which they live.

While the average lifespan of a vole is only two years, these creatures can have a significant impact on their ecosystems during that time. Voles are important prey items for many predators, and their burrowing habits help to aerate the soil and promote plant growth. Additionally, the droppings of voles can provide essential nutrients for other animals and plants.

In conclusion, the average lifespan of a vole is two years, but this number can vary depending on the species of vole and the environment in which it lives. Despite their short lifespans, voles can have a significant impact on their ecosystems.

Voles are small,mouse-like rodents that are found in North America, Europe, and Asia. They have short, furry bodies and a short tail. Their eyes are small and they have a pointy nose. Voles are usually brown or gray in color. Some species of voles can be black.

Are voles poisonous to cats?

Voles are small rodents that are found in North America, Europe, and Asia. They are typically brown or gray in color and have a short tail. Voles typically measure between 4 and 8 inches in length.

There are many different species of voles, but the two most common are the meadow vole (Microtus pennsylvanicus) and the prairie vole (Microtus ochrogaster).

Meadow voles are the most common type of vole in North America. They are found in meadows, fields, and woods. Prairie voles are found in the prairies of the United States and Canada.

It is believed that voles are not poisonous to cats because they are not typically eaten by them. However, there are some reports of cats becoming ill or dying after eating voles.

What predators do voles have?

Voles have many predators, some of which include: weasels, coyotes, snakes, foxes, owls, and crows. Their fur helps to camouflage them from predators, but they are still at risk. Voles are small, burrowing rodents that are found in fields, forests, and yards. They are a valuable food source for many animals.

What diseases do voles carry?

Voles are small rodents that are known to carry a number of diseases. The most common of these diseases is the Hantavirus, which can be deadly in humans. Other diseases that voles can carry include the Norovirus, the Rotavirus, and the Salmonella bacteria. While most of these diseases are not deadly, they can still cause serious illness in humans. The best way to avoid getting sick from a vole is to avoid contact with them altogether. If you must come into contact with a vole, be sure to wash your hands thoroughly afterwards.

What impact do voles have on the environment?

Voles are small, mouse-like rodents that live in a variety of habitats, including forest, taiga, prairie, steppe and meadow ecosystems. Though they are often considered troublesome pests, voles play an important role in the environment.

Voles are known to eat a variety of plants and animals, including insects, small mammals, reptiles, amphibians, fish, birds, and eggs. This makes them important predators in the food chain. Voles also consume a significant amount of vegetation, which helps to keep plant populations in check. In addition, their burrowing and tunneling activities help to aerate and mix soils, which benefits plant growth.

While voles can have a negative impact on crops, gardens, and lawns, they also provide many benefits to humans and the environment. Therefore, it is important to learn more about these creatures in order to find ways to live with them in harmony.

What do variable voles eat?

What do voles do to trees?

Voles are known to gnaw on tree bark, which can Damage Trees. Additionally, voles will eat seeds, fruit, flowers and leaves which can also damage a tree.

Are voles at the bottom of the food chain?

Yes, voles are quite at the bottom of the food chain. They feed primarily on plants and are not very interested in meat. Although they are widespread and common, voles do not have many predators and are not as exploited as some other animal populations.

What is the difference between a vole and a mole diet?

Voles are mostly herbivores, preferring to eat plants over insects or other animals. Moles are carnivores and their diet includes insects, small vertebrates, and earthworms.

What do voles eat?

Voles eat a variety of plant matter and even other dead rodents when they need sustenance.

Voles can damage trees if they are allowed to do so. Voles gnaw on tree bark and eat seeds, fruit, flowers and leaves. This could also be damage caused by animals like shrews and rabbits, but vole gnaw marks are random and occur at various angles. Rabbits will cause uniform, larger marks and can even clip off entire branches.

What do voles eat in your yard?

Why are voles important to the ecosystem?

Voles are an important part of the ecosystem because they help to control populations of invasive species. By gnawing through plants, voles can feed on seeds and other vegetation that could otherwise sprout and become a problem for the ecosystem.

What are the Predators of a vole?

The predators that eat water voles generally have sharp teeth, strong jaw muscles and narrow digestive tracts that help them eat prey that is small and delicate, such as water voles.

Where do voles get their food?

Voles live in underground networks of tunnels, called clans. They are expert diggers and can use their paws and sharp incisors to gnaw through even tough materials. To find food, voles search for signs that it has been buried recently, such as fresh soil amendment or the smell of freshly dug earth.

What is at the bottom of the food chain?

Plants are at the bottom of the food chain. They provide food and nutrients to consumers including herbivores, insects, and predators.

Why are voles considered pests?

The vole's eating habits make them pests. They are very effective at eating and multiplying, creating another generation of small rodents to ruin crops and gardens, chomping on them from the bottom until the plant above flops over.

What is the Diet of a mole?

A mole eats worms, insects, ants, and other animals.

What is the difference between a mole and a vole?

Moles are adept diggers that feed on earthworms and other underground creatures. Voles, on the other hand, are small rodents that mostly eat seeds, flowers and vegetables.

Why don't moles and voles eat each other?

Moles and voles are not likely to eat each other because they are different species of animals. Moles are mammals and voles are rodent-like creatures.

What do voles eat in the ground?

A mole eats the plants that grow in the ground itself, which causes a lack of and damage to vegetation.

How old is richard gene the fishing machine?

How much to tip fishing charter crew?

How to clean tilapia fish?

How to close a fish hook clasp?

How to draw a fish on a hook?

How to get fish home from alaska?

How to fish berkley power nymph?

How to prepare hooligan fish?

What does gone fishing mean?

What is the best magnet for magnet fishing?

Where can I buy a snakehead fish?

Will banana fish be dubbed?

Can angelfish and betta fish live together?