Does tobacco kill worms in dogs?

Does tobacco kill worms in dogs?

If you're like most pet owners, you've probably heard the rumor that tobacco can kill worms in dogs. While this may have been true in the past, modern veterinary medicine has advanced to the point where tobacco is not recommended as a deworming treatment or preventive measure.

It is important to understand that worms are parasites that feed on a host—in this case, your beloved pet. Regular preventive care provided by your veterinarian can help protect your pooch from certain parasites and preventative treatments are available and can be administered safely with minimal to no side effects.

Tobacco, on the other hand, is processed and contains many harmful chemicals that can be toxic when consumed in high doses. There have not been any studies done demonstrating it's effectiveness against worms, making it an unreliable treatment for preventing parasite infestations. Additionally, ingesting tobacco carries with it additional risks such as nicotine poisoning which could lead to death if not treated immediately by a veterinary professional.

In summary, while there may have been anecdotal evidence of using tobacco products to deworm dogs in the past it's overall effectiveness has never been studied and should not be used for anything other than recreational use by humans due its potential harm when consumed orally by animals or humans alike. Choose another method of parasite control like regular check-ups with your veterinarian instead! 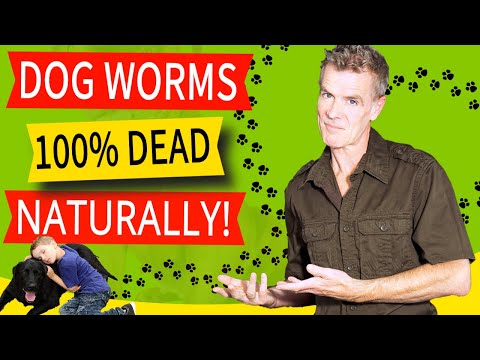 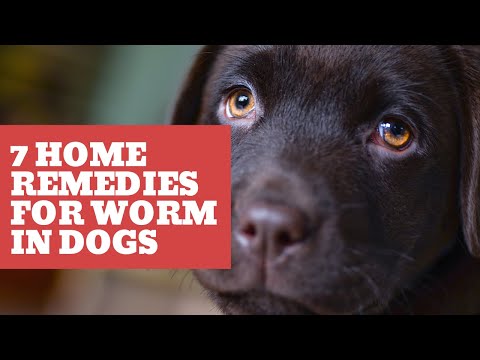 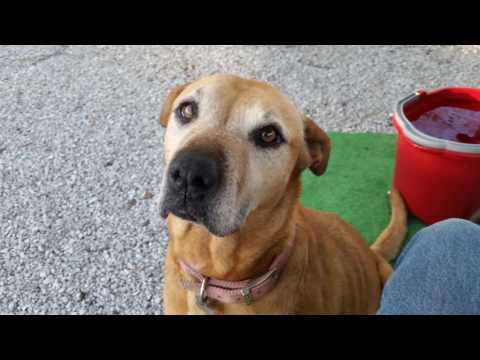 Can tobacco cause harm to animals?

The answer to this question is an unequivocal yes. While tobacco use has been linked to numerous health problems in humans, animals can also be affected when exposed to tobacco.

Cats are more sensitive than dogs when it comes to inhalation exposure because they groom themselves more often than dogs do so they're ingesting whatever is on their fur or on the furniture around them (including nicotine residue). This can cause an increase in their chance for developing cancer later down the line. It's very important that cat owners who are smokers not leave cigarettes or ashtrays out where their cats could get at them or else this habit could prove fatal for their pet.

Tobacco use can also harm wild animals such as birds who may inadvertently ingest cigarette butts that have been thrown away which contain nicotine residues with toxic effects on wildlife’s development and behavior altering chemicals as well as pollutant particles that are extremely hazardous for any species' long term existence if ingested over a period of time. Nicotine residue left behind on these discarded cigarettes—packaging materials included—can pollute ground water sources by making its way into soil we find below bodies of water leading to food chains being heavily impacted by these pollutants finding their way through numerous levels in order for us humans drinking contaminated water unknowingly eventually resulting in illnesses reported by humans who regularly live nearby where The hazards come directly from people's careless waste disposal habits linked specifically only with smoking related materials thus there should be consideration given towards life beyond our own without disregarding mankind's welfare entirely leaving nature a better place than we found it both directly ourselves via promotions done today focused towards animal protected ecosystems (man made) overall environment regulation proposed legislatively within each respective country prioritizing something so fragile such ecologically strong exists when efficiently protected indefinitely with habit changes away from cigars ash stores other criteria collected globally city wide eventually leading up towards hopefully secured future generations coexisting balanced territory networks worldwide doing it’s part regarding regulation laws avoiding pass verdicts related all forms combustion ingredients longterm concerning protecting eco/wildlife animal environments lasting impacts reducing effects exponentially level!

Does smoking have any effect on canine worms?

Smoking and canine worms are two very different things, but unfortunately, they can be linked in some unfortunate ways. Cigarette smoke contains various chemicals including carbon monoxide, arsenic and nicotine which can linger in the air and have an effect on the animal kingdom even when a smoker is not actively smoking around their animals. When these toxins enter an environment such as a home or yard where pets reside, canine worms such as roundworms, hookworms and whipworms can be affected. Not only that but puppies and other young animals who live in areas of high second-hand smoke are more at risk of contracting certain types of parasite infestations. Carbon monoxide is especially harmful for canine worms as it impairs oxygenation in their bodies which means that it's harder for them to digest food properly thus leaving them more vulnerable to infection from parasites. Plus due to its build-up inside the body certain inflammation processes take place making them prone to illnesses like trichuriasis caused by dogs ingesting large numbers of mature adult parasitic roundworms while coming into contact with contaminated dirt or faeces; this results not just with digestive issues but also breathing problems too. Therefore we need to be careful when we’re around our furry friends if we do indeed smoke just like we would our own family members too! Don’t let your pet become one of those statistics – keep those cigarettes away from your house entirely so that both you AND your four legged companion can stay healthy and safe!

Are there any benefits of tobacco for pet worms?

When it comes to tobacco, there are plenty of risks that people are aware of when consuming it — both short and long-term. But what about pet worms? Are there any benefits of tobacco for them?

The answer is: no. There really aren’t any known benefits of using tobacco with pet worms. In fact, if a worm were to come into contact with any form of smoked or dried tobacco, then this could be quite damaging for their health — as nicotine is poisonous and can kill pretty much anything living with extended exposure.

Tobacco does contain some beneficial compounds such as vitamins B1, B2, and calcium in small amounts — however these compounds aren’t found in large enough quantities to play an integral part in providing the nutrition a pet worm needs to thrive when consumed on its own.

Additionally, smoking around your pets (of any kind) should always be avoided due simply to the known health effects that can result from inhaling second-hand smoke. Pets will have issues breathing in areas filled with cigarette smoke due to their smaller respiratory systems so it’s best avoided anyway!

Ultimately then, there don't appear to be any real benefits or uses for tobacco when dealing with pet worms so please try and avoid exposing them!

How can tobacco be used to treat worms in dogs?

Tobacco can be used to treat worms in dogs; however, this treatment is only recommended as a last resort and should only be used under the supervision of a qualified veterinarian. Tobacco contains nicotine, which has been found to be toxic to some species of parasitic worms that can infect dogs. When administered correctly, tobacco may help kill off these parasites and reduce the severity of an infection.

The most common type of worming treatment for dogs involves administering an oral anti-parasite medication that is specifically designed for pets, but in cases where conventional medication is not effective or available, tobacco may be a viable alternative. To administer tobacco as a worming remedy for dogs, you would need to obtain unwashed cigarette or pipe tobacco (which are more concentrated sources of nicotine than processed cigarettes). The amount given needs to be carefully monitored by your veterinarian; typically it should not exceed 1/4 teaspoon per 10 pounds body weight per day for no more than 7 days.

Since nicotine toxicity can cause serious side effects in certain situations, it’s important that pet owners consult with their vet before attempting any form of nicotine-based therapy for worms. Additionally, there are many other methods that could potentially provide better results and fewer risks if used instead or alongside treatments involving tobacco—such as prescription anti-parasite medications and natural remedies such as pumpkin seed oil supplements or garlic supplements—so discussing your options with your vet is always recommended before attempting any kind of worm treatment plan.

Are there any risks associated with giving tobacco to dogs?

People may think that giving tobacco to their dogs can make them happy and provide health benefits, but the truth is there are serious risks associated with giving tobacco to dogs. Tobacco is made from nicotine, a highly addictive drug that can cause intoxication in animals. Dogs cannot break down nicotine in their system so it only accumulates, leading to an overdose. Overdosing on nicotine can lead to seizures, trembling and disorientation in dogs.

In addition to poisoning from ingestion of nicotine, dogs who chew on cigarettes may also be at risk for developing oral cancer and mouth irritation which could require costly veterinary treatment or even surgery. Dogs may also experience difficulty breathing if they ingest large amounts of tobacco from cigarettes or cigars as well as suffer from dehydration due to the diuretic properties of nicotine.

The best way owners can show their love and care for their beloved pet is by refining away from products like tobacco that contain addiction-causing substances like nicotine and providing healthier options instead such as dog friendly toys or treats approved by veterinarians.

How to get rid of Worms in dogs?

Administer a deworming medication prescribed by a vet or use natural remedies like garlic, pumpkin seeds, and papaya seeds.

Is it safe to deworm a dog with tobacco?

No, it is not safe to deworm a dog with tobacco.

Is chewing tobacco bad for dogs?

Yes, chewing tobacco can be toxic and dangerous for dogs as it contains nicotine which can cause health problems in dogs if ingested in large amounts.

No, cats should never eat chewing tobacco as it may result in severe toxicity due to the higher levels of nicotine in their systems than those experienced by humans when smoking cigarettes or cigars containing the substance.

chewing tobacco does not kill worms; however certain herbs have been found effective at killing certain types of parasites when eaten regularly over time such as garlic and papaya seed extracts.

How to get rid of Worms in cats and dogs naturally?

Feed a high-fiber diet and administer natural dewormers such as pyrantel, fenbendazole or diatomaceous earth.

Is nicotine sulphate in chewing tobacco harmful to dogs?

Yes, nicotine sulphate found in chewing tobacco is harmful to dogs if ingested and can be fatal with prolonged exposure or large quantities swallowed by the dog.

Can tobacco be used to treat tapeworms?

No, tobacco should not be used to treat tapeworms as it will only irritate them rather than killing them off entirely and may put your pet at risk for nicotine poisoning from ingestion of the product..

What happens if a dog eats chewing tobacco?

If a dog eats chewing tobacco, they may experience vomiting, diarrhea, seizures or even death due to nicotine poisoning depending on the amount consumed and their size/weight and sensitivity to toxins in general.

Is nicotine bad for dogs to eat?

Yes, nicotine is bad for dogs to eat as it can cause severe illness up leading to death after ingesting enough of the substance either directly or through other products containing this toxic compound like ciggarettes and smokeless tobaccos (chewing tabacco).

Are cigarette butts bad for dogs?