Savannah cats have created a buzz in the cat enthusiast world for years, with many people being drawn to their unique look and outgoing personality. But in spite of their looks, many people wonder if these cats are actually dangerous. The answer is yes and no.

In general, Savannah cats are usually not more aggressive or prone to attacking humans than other domestic cats. In fact, they often prefer lots of human interaction and can easily become attached to their owners like any other feline companion would. A Savannah's protective nature might manifest itself through a wariness towards strangers that could appear like aggression - but this is usually just an indication that it may remember them as unfamiliar or unwelcome.

On the other hand, they do tend to maintain an unusually high energy level compared with other breeds and will often find ways to express themselves through wild antics such as climbing higher than usual onto pieces of furniture or counters for example – so proper training should be instilled early on in order to avoid any potential accidents related to scratching furniture or sharpening claws on walls where it was placed by accident due its overwhelming desire for high places from which it can observe everything around it.

Overall, even though Savannah cats are typically not as aggressive towards humans as some might think – a bit of supervision from its owners is recommended since by nature – this breed tends be mischievous and adventurous which may occasionally bring about unexpected behaviours.

How much do savannah cats typically cost?

Savannah cats, hybrid cats resulting from the crossbreeding of a domesticated cat and an African serval, are some of the most exotic and sought-after pet cats around. But one thing potential owners might want to consider before deciding to purchase one is the cost.

The truth is, Savannah cats are not cheap! Prices can range anywhere from $2,000 up to $20,000 or more depending on the kitten's age and bloodlines. Generally speaking though, expect to pay a minimum of around $4,000 for a young kitten from an experienced breeder. And when you factor in additional costs for shots and spaying or neutering that can add several hundred dollars more onto the total bill.

Kittens who have been born from first generation F1 breeding pairs may command much higher prices than later generations such as F2 or F3 due to their special geneology and wilder behavior. Then there’s also rehomes (adopted older Savannahs) which can set you back by at least 1 - 2 thousand dollars although depending on their age they may already be spayed/neutered which will save you some money in the long run if that’s your preference.

Overall it’s worth keeping in mind that with Savannah cats it pays off to do plenty of research ahead before making a purchase decision because price ranges vary greatly!

What is the lifespan of savannah cats?

Savannah cats have become an increasingly popular pet choice due to their wildcat look and loyal companionship. But what about the lifespan of these majestic cats? In general, Savannah cats have a long lifespan, usually ranging from 15 to 20 years. However, this mostly depends on the specific cat – some live up to 28 years with appropriate care. The age at which they reach full maturity also varies from one cat to the other; while some take three or four years, some are already considered adults in their first year of life. SFVorlk-1 mutation is another factor influencing how long a Savannah cat may live for; this mutation often shortens life expectancy. The combination of several factors including genetics and how well it is taken care of all make up how much time your feline friend will be around for you! Being bred between domestic cats and African servals, they also inherit many traits that help them live longer than regular kitties! They maintain a fairly low body weight by being outdoors more often than not - meaning that obesity or joint problems do not affect them as much as other breeds since they stay active throughout their lives; hence improving the overall health of your pet companion! In addition, proper diet and healthcare contribute heavily towards prolonging their lives significantly as well; making sure that you’re feeding them food specifically designed for these big cats will aid hugely in sustaining healthy energy levels along with providing proper medical check-ups every once in awhile keeps illnesses at bay leading to a much healthier animal all around! So there you have it – scientific evidence has provided us with assured estimations about the average lifespan allotted to Savannah cats – but it may come down heavily on how well each individual is cared for too! 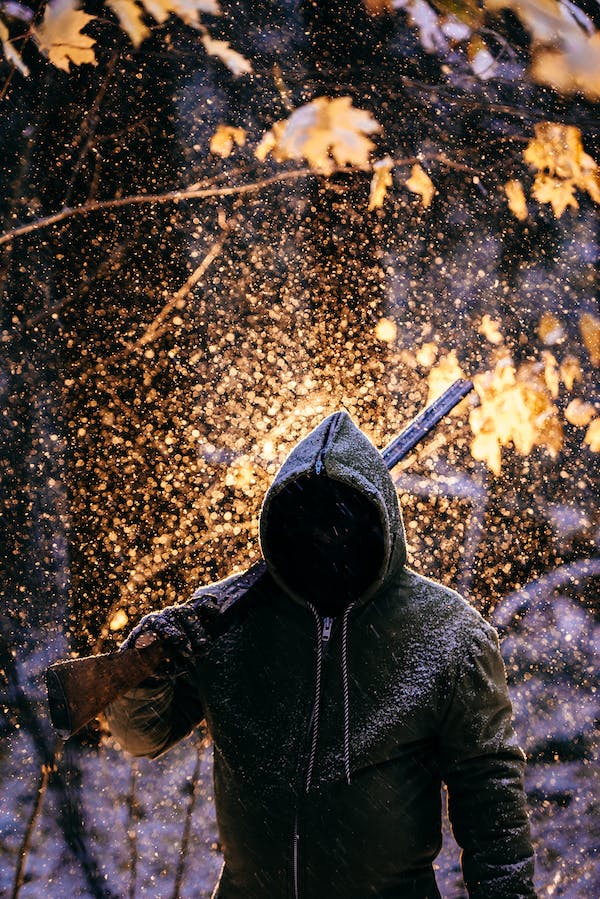 Can savannah cats be kept as indoor pets?

Savannah cats can indeed make wonderful indoor pets. Though their size and wild look may make them appear intimidating, Savannahs are surprisingly social and affectionate with family members. They enjoy playing and do well in households with multiple humans or other animals.

Their unique looks come from hybridization between an African Serval, the largest of the small cats, and a domestic feline. As such they have some of the characteristics of a larger cat like agility, strength, gracefulness and even some dog-like behaviors such as fetching toys or playing keep away games; but unlike their larger cousins they do not weigh much - typically 10 to 25 pounds.

Though Savannahs have many desirable traits that makes them good house pets it is important to be aware that proper socialization is key in order to prevent any problematic behavior due to their strong hunting drive - which means access to a secure outdoor enclosure should always be considered for them (either full time or when guests are visiting). Training is also necessary since many of these funny cats display mischievous behavior from time-to-time though once trained correctly you will likely find your feline companion following commands quite well!

In conclusion if you are looking for an interesting pet who enjoys interacting with its owners then look no further than a Savannah cat! Just remember that while they may require more attention than other breeds they ultimately reward your devotion many times over!

Is there a difference between wild and domestic savannah cats?

When it comes to comparing wild vs domestic Savannah Cats, it is important to understand that there are significant differences between these two felines. Wild Savannah Cats are considered "wild" because their ancestors were born in the wild and continue to roam freely throughout Africa and parts of Asia. They adapt well to the environment around them and prefer large open spaces as their habitat. Wild Savannahs have a heightened sense of sight and hearing in order to help locate prey, which is most often rodents or small birds.

Domestic Savannah Cats are a hybrid breed between an African Serval Cat and a domestic house cat. This combination has resulted in a very unusual "designer" pet - part wild predator, part loyal companion! Domestic Savannahs have been bred with distinct characteristics that make them stand out among other cats; they are usually tall (up to 25 inches), with long legs and an exotic coat pattern reminiscent of their African ancestors! While Domestic Savannahs may not possess the same instinct for prey as their wild counterparts, they still require regular exercise in order to stay healthy - even more so than other domesticated cats!

It is clear that there exist many differences between your typical domesticated house cat, such as size (domestic cats can average about 8-10 inches) and barking/meowing patterns (typical of all domesticated cats). However due to the unique combination of preferences plus physical appearance from both parent animals distinguished by the designer breed; not just any ordinary cat will pass off being labeled ‘Savannah’ which characterizes WILD vs DOMESTIC SAVANNAH CATS -wild ground predators versus cuddly/loving lap cat companions!

Are there any special dietary requirements for savannah cats?

Savannah cats are a unique breed of hybrid cats created by combining African Serval and domestic cat breeds. While they might be hard to find and they come with a hefty price tag, they are definitely worth the investment as they make great pets. As far as special dietary requirements go, Savannah cats actually have similar dietary needs as any other cat.

They require plenty of high-quality animal protein from sources like fresh raw muscle meat, poultry, salmon fish, and game meats. They also need balanced amounts of calcium-rich foods such as eggs, organ meats (especially liver), dairy products, legumes (beans), green vegetables and fruits in their diets.Make sure that you only give your Savannah high quality wet food that contains fresh fish or meat for them to enjoy properly.

Although it is important to ensure that your Savannah gets all the necessary nutrients from its diet, it's equally important to pay attention to what proportion each nutrient should constitute in order for the cat to be healthy. For instance, eating too much carbohydrates can lead to obesity while lack of enough protein can cause weak muscles or malnourishment in juvenile kittens or adult cats.Your vet will be able determine a meal plan specific for your kitty after thorough analysis.

For added nutrition value on top of their meals, you can also give them omega-3 fatty acids supplements which helps keep skin healthy & strong coat plus joint condition improvement & cognitive development in growing kittens! It is better if sourced from marine life than plant sources — most commonly flaxseed oil cited in many pet diets – because its metabolization efficiency is lower when coming from vegetable oils!!

How much do Savanah cats cost?

How much does a F1 Savannah cat cost?

Is a Savannah cat right for You?

That depends on your lifestyle and preferences; it is best to do research and consider all aspects of owning a Savannah before purchasing one.

How much does a Savannah horse cost?

A Savannah horse typically costs between $9,000 -$20,000 USD depending on the breed's characteristics and bloodline.

How much does a Savannah cat cost?

A Savannah cat can cost anywhere from $1,500 to $20,000 USD depending on the generation and other factors such as gender & coloration amongst others..

What do the numbers on a Savannah cat Mean?

The numbers denote how “wild” a particular cat is: F1 being 50% wild serval ancestor & higher generations progressively further removed, producing cats that resemble more of their domestic parentage than their wild ancestors.

How much do African serval cats cost?

Savannah cats are often described as friendly and sociable but can also display feelings of aggression towards other animals or people if not socialized properly.

Why are F1 Savannah cats so expensive?

F1 Savannah cats are expensive because they are the first generation of a domestic cat interbred with an African Serval and therefore have higher wild blood content than later generations do.

What is an F3 Savannah cat?

An F3 Savannah cat is third-generation offspring produced by breeding two F2 (second generation) parent cats together rather than a backcrossing with a Serval ancestor.

What kind of care do F1 Savannah cats need?

F1 Savannah cats require extensive care, including proper nutrition, plenty of playtime and exercise, regular bathing and grooming sessions, lifelong health checkups with a vet, and more in order to maintain their wellbeing throughout their lifetime.